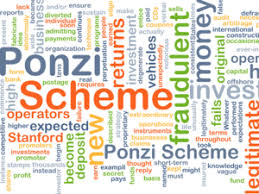 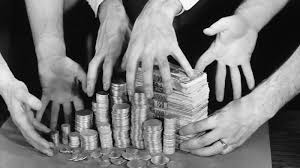 Many Nigerians will not forget in a hurry their experiences with the operators of Ponzi schemes because of the bitter taste left in the mouths of those who bit the fruit of its quick route to success or wealth.

Many became victims of the scheme known as easy money promised through an elaborate network, in which participants pool money for individual’s benefit.

The promoters of the schemes often lured gullible participants or investors with promises of unrealistic returns on investment.

They were being wooed via social media daily to invest in the schemes with promised of double returns on their investments in two hours, 48 hours, two weeks or six weeks.

Investors were also offered further promise of bonuses, if they refer others as well as monthly profits in addition to their capital.

To earn a commission, members were to deposit any amount and complete certain tasks at different levels.

Thousands of Nigerians, at the moment are, however, licking their wounds after investing billions of naira in the fraudulent financial schemes.

The victims are lamenting after losing their hard-earned money to the scheme. The operators had charmed their ways into their wallets with offers of quick riches.

The desperate were deceived into the investment by fronting physical offices with handy staff members and brandishing certificates believed to be from the regulatory authority.

The scheme operators thrive on people’s trust and greed to strip them of their life savings or retirement benefits as retirees have more often than not fallen victim to their dubious ploy.

Victims are thrown into perpetual poverty, while those that borrowed to key into it become indebted, resulting into shock, depression or death.

Speaking with the News Agency of Nigeria (NAN) in Ibadan, some financial experts said that many Nigerians who became victims of the Ponzi Schemes were greedy.

The experts, Mr Yomi Babalola; Mr Tunji Adepeju and Mr Eric Akinduro, in their submission to the Wealth of Nations, a media skills development programme, run by the Thomson Reuters Foundation.

They also predicted a surge in the revenue loss, unless the Federal Government urgently addressed the factors affecting the economy.

NAN recalls that the Economic and Financial Crimes Commission (EFCC) had announced the arrest and prosecution of no fewer than 10 Ponzi scheme operators, who had allegedly defrauded Nigerians of over 28 million dollars (N12 billion) between October 2020 and August 2021.

Also, the Nigeria Electronic Fraud Forum (NEFF), under the Central Bank of Nigeria (CBN), weighed in with revelations that the Nigerian investing public lost another 28 million dollars (N11.9 billion) to the MMM.

According to the NEFF Report of 2017, the Nigeria Inter-Bank Settlement System (NIBSS) showed that the Nigerian fraud landscape for 2016 revealed that fraud cases grew by 82 per cent over the figures reported in 2015 from 10, 743 to 19,532 cases.

Commenting, Mr Yomi Babalola, a former banker with the Guaranty Trust Bank, told NAN that the global economic crisis in 2007, up to early 2009, led to an increase in the number of Ponzi scheme operators in Nigeria.

“The schemes started rising in prominence in 2006, although their existence stretched back to the 1990s.

“Between 2006 and 2007, there was a real tsunami of Ponzi schemes investments that swept the whole of Nigeria and it was quite prominent in Ibadan, the capital of Oyo State.

“Even, bankers withdrew their money from various bank accounts to put into Ponzi schemes.

“Throughout 2007, banks lost depositors’ funds because nobody wanted to deposit money with the banks, preferring Ponzi scheme operators because of high returns,” Babalola said.

The ex-banker said the irony was that the illegal operators themselves were making use of the banks and opening accounts to keep their money.

Babalola said the bubble, however, burst around 2009/2010 when the schemes lost their glory.

According to him, there has been resurgence since 2016, which is on the rise due to continuous economic hardship now exacerbated by the COVID-19 pandemic.

“With all the ponzi schemes that have operated and those that are still operating, one can say more than three to five trillion naira has been lost to capital flight through the schemes in two decades.

“Illegal operators advertised, using the media and the banks help them to layer their money and then integrate it and also make it fly out of the country.

“Unfortunately, some people in government were taking the people’s money and investing in the scheme. It is only recently that regulations were put in place. Now, CBN is regulating so many things.

“It is a big problem and it is spiraling down to the younger generation.

“The government needs to put the right measures in place for the economy to rebound and thrive, otherwise, people will continue to lose money.

“The only solution is a good blueprint of what the Nigerian economy is going to be like to be out in the public space because times are hard,” the expert said.

In his views, another financial expert, Tunji Adepeju, said that Nigerians had to curb their greed to be free from being defrauded. 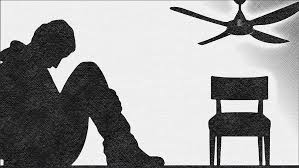 Adepeju observed that the emergence of electronic platforms had enhanced the practice, which now comes in various guises.

Also, Eric Akinduro, the Chairman, Ibadan Shareholders Association of Nigeria, urged investors to be circumspect and ensure that the investment company they were entrusting their hard earned money with is registered with the appropriate government authorities before investing.

“Those looking for quick money will continue to be prey to Ponzi schemes operators.

“It is greed that causes those Nigerians to invest in schemes that promised them 100 per cent returns on investment (ROI),” he said.

The expert, however, suggested that the Federal Government should tackle the issues of high inflation rate, low interest rates on bank deposits and government bonds.

He said that government should as well address the effect of COVID-19, if the menace of Ponzi schemes is to be eliminated and reduce the surge in revenue loss for Nigeria.

NAN, however, recalls that the EFCC Chairman, Abdulrasheed Bawa,
had once said at a forum that work was ongoing to stem the tide of fraudsters operating the Ponzi schemes.

“When we aggregate all the complaints involving investment scams, as well as employment scams, Nigerians have complained to have lost over 486 million dollars (N200 billion). It is a huge problem.

“Ponzi schemes are available left, right and centre; Nigerians need to be wary of anyone promising them some high interest.

Similarly, the EFCC Spokesman, Wilson Uwajaren, said, “The commission has been tackling the menace of Ponzi fraud using two main strategies: enforcement activities and aggressive sensitisation to discourage citizens from getting involved in the fraudulent scheme.”

Uwajaren said it was not possible to give any figures in terms of the illicit financial flows linked to Ponzi operators, only saying arrests were made regularly and “many cases” had been brought to court. (NAN)